To make this post more enjoyable, check out Part 1 and Part 2. At this point in time I had a second hand Yashica Electro 35 GSN and absolutely no 35mm film in my possession. The text that follows is a description of the toil to get the camera up and running.

For as long as I can remember, I’ve had an urge to open up machines to understand how they work. I once took apart my grandfather’s antique radio because I wanted to know where the sound came from! It was rendered useless after the operation 😀 Surely I’m going to machine hell where I’ll be tortured by unstoppable drilling machines 😛

So I got back home and began making a list of all the hardware I would need to perform maintenance and repairs (if any!). The list included the usual stuff – screwdrivers, glue, tape and cotton swabs. In addition to these were a few peculiar items – thermocol/foam, paper clips and windex. Film cameras have foam in and around the back cover to ensure that light does not leak in and ruin the negatives. Over time, this foam erodes away and needs to be replaced.

That explains the foam and windex. As for the paper clips – I’ll get to that bit later 😉

Finding film to shoot turned out to be more challenging than finding the camera itself! Everywhere I went, all I got was a shake of the head. No one seemed to know anyone even remotely related to the business of selling 35mm film. I found plenty of deals online but the costs of shipping were higher than the roll itself. I wasn’t too keen on investing in a bulk order for fear of discovering that the camera was defective once the films were developed. It took us at least 3 weeks of random inquiries to zero down on a studio that had 35mm film.

Ah! The satisfaction when I finally beheld the familiar cardboard cuboid. After much longer than a decade, I held a 35mm film in my hands. The joy was quadrupled by the fact that I knew my digicam would now be obsolete. HAH! Take that you blithering 0’s and 1’s!

The euphoria was not numbed when I noticed that the rolls were more than a year past their expiry date. The internet had led me to accept that expired rolls are not so bad as long as they haven’t been exposed to undue heat or moisture. So I happily haggled away with this studio’s owner and struck a usable deal for 3 rolls. Kudos to Mr. Yusuf for helping me out with this bit as well!

Once upon a time there was an explorer. This explorer liked exploring in broad daylight. Exploring dark alleys and moonlit nights left the explorer very tired! It was clear – exploring in the dark required more power!

So it is with cameras. Dark and dimly lit spaces require the shutter to be open for longer so that the film can gather enough light to grab the scene. This extended shutter movement requires battery power. Now that’s all very hunky dory except one thing – my camera uses mercury batteries. Mercury batteries are generally toxic and have been illegal in a lot of countries for quite some time now. Replacements are available but none fit the exact dimensions required for this camera.

Finding a replacement would require some DIYing. The internet did yield some practical solutions. Some people were selling adapters specific to this model, some people conjoined batteries of different shapes and sizes to match the voltage requirement of the camera (5.6 volt). Gathering all these ideas, I went battery hunting.

I walked into a drug store one day and asked if they had this battery I was so desperately trying to find. The answer was no. Just as I turned to walk out of the store, my eyes fell on a bunch of tiny button cells. These cells were meant for use in hearing aids and each had a voltage of 1.4 V. They were small enough to fit in the camera. I decided to give it a try.

I bought 4 of these cells so they would add up to 5.6 V. Once home, I stacked the cells vertically, used some foam to prepare a make-shift cylinder which would hold the stack together and then inserted the medley into the battery compartment. It fitted perfectly and held steadily but there was a small problem. There was a gap between the cells and the end connector of the battery compartment. The circuit could not be closed.

A few gray cells were put to work and this is where the paper clips came into the picture. One steel paper clip was long enough to fill the gap and close the circuit. Voila! The camera was complete!! 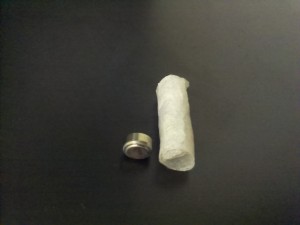 It was time. I didn’t waste a second. There was no reason to stop! Gingerly, I picked up the camera, pointed it at a bright light, opened the aperture all the way and pressed the shutter button halfway through. Wwwhhiirrrrr…. the tiny motors inside the camera came to life. I could hear the little gears moving to fullfill their role in the grand design. It was a magnificent sound. Exquisite, fascinating, delicate. Radiant with élan! The over-exposure warning light blinked orange. It was so beautiful! I wish you were there to witness the moment!

Loading the camera with film was a nostalgic act. It felt like I was completing a circle in life. The first shot was a meaningful moment, and the one after that, and the next one as well, all the way until the 36th exposure.

Finding a studio to develop the film wasn’t as difficult as I had imagined it would be. Once the film was developed and scanned, I sat down with my laptop one quiet afternoon to view the photographs and compare them with the notes I had taken for each shot.

In my mind, each of the shots was a distinguished moment. Each one had a story or an emotion attached to it. I could envision myself standing in front of the scene, camera in hand, framing the shot. The photographs seemed to leap out of the screen in a manner very contrasting from digital images. Many digital images which I had taken until then, now seemed to be flat, devoid of meaning. The photographs from the Yashica looked sort of immortal. Timeless, in their own world.

A tenderfoot whose thoughts sometimes wander into the ridiculous rainbow where devious ideas are born. 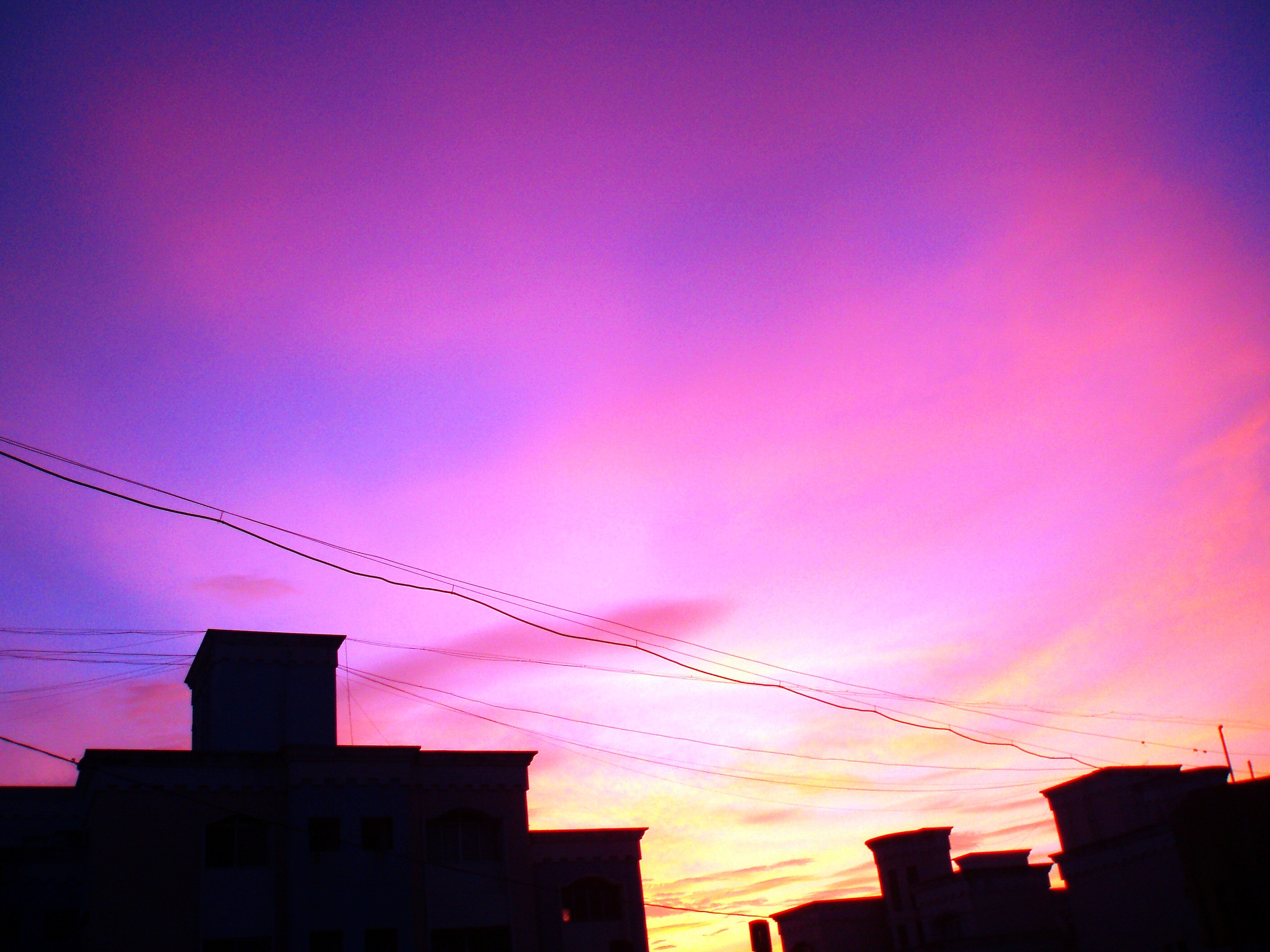